HYDE AND SIKH in a Mysterious Mystery(filler title while i work out what the hell is going on)...Part 1


Hyde and Sikh
1. Hyde
It was not a good time to be alive. Hyde would stare at the moon and kick an imaginary can in frustration as he thought about all the injustice in the world. As the wind blew gently, indifferent to his torment. Once a few months back, when particularly aggrieved with the injustices of the world he missed the imaginary can and kicked the curb. That hurt pretty bad and in frustration Hyde pulled out his gun and tried to shoot the guilty leg. Failing to get a clean shot he arrested the leg and dragged himself to the station to dip it in a cell.
The times they were changing and Hyde was not willing to reset his Swatch. Even though his escapades with his own body had earnt him a transfer from his home in New York to Rotherhithe, a residential district in inner southeast London (and part of the London Borough of Southwark (Google). He was literally five hours late for work everyday. As I say he was not willing to reset his Swatch. Or accept the fact that he was in Rotherhithe. No one could tell Hyde what to do, he was a cop like they don’t make anymore. Ignorant, arrogant, misogynistic, he was all those things like the rest of them, but Hyde wore a moustache too. It was a big one; it looked as if he had stapled a cat to his face. Somehow this didn’t deter the woman in the bars who would swarm to him like flies to shit.  Sensitive souls looking for a woman to share their lives with would sit in silent awe and watch as Hyde told woman after woman night after night that they meant less to him than a Hot Dog. And they cried into their ales as every night Hyde vacated the premises armed with ladies. His self-assurance served him well. This was a man who was angry at a world which was making the printed word redundant, whilst readily admitting with great glee that he had not once wasted his time reading a book. 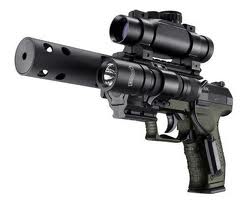 2.
The Minute hand on the clock hit the hour mark, “Right boys, it’s lunch” said the constable without missing a beat.            A gentle breeze filled the room as the policeman all started shuffling their papers in unison. The waft from the papers suddenly blew back the other way as the doors swung open aggressively.” What’s up with you fuckers, you always start the day with lunch?”  Hyde was in the building.  “ It’s One o’ clock Hyde, you’re five hours late…again!” retorted the constable. “Anyone ever tell you lunch is for wimps?”  Hyde asked while deliberately looking at a person he wasn’t talking to.
“You told us yesterday when you came in late …again!” one of the police officers patted the constable on the back. The constable wanted to high five him because he was happy with the way the discourse was developing, but he was scared to attempt one in front of an American. Especially such an intensely angry and unreasonable one. “ You have to accept it Hyde, this isn’t New York anymore, you’re in Rotherhithe”. As the Constable spoke Hyde placed a cigarette in each of his two ears and screamed “aaaaaaaaaaa”
“ I want you to meet Baljinder Singh, he’s going to be your partner for the rest of your stay” The Constable pointed at an unassuming man sitting at a desk in the far corner of the now empty room. “Now there’s a ham sandwich with my name on it”.
“Hold up! Ball Digger who?” Hyde pulled out the cigarettes from his ears, he pointed one of them at Baljinder, “what is that?”
“That is your new partner, I want you to introduce yourself”
“Now chief you know I’m a plain talking guy, I just say what I see, no beating about the bush”
“Yeah I’ve noticed,” said the Constable taking one step closer to a Ham sandwich.
“Well that’s a coloured guy, and he’s not even black, do you know how confusing this is for a white American stereotype?”
(To be continued)
Posted by Babak Ganjei at 00:52