7. Steaming Cold Food That Tastes like shit
Hyde was an American and so he wasn’t going to say anything that would make him sound unsure of himself, but he really was not so sure what was going on in this Hooters. From the gleaming turquoise carpet to the owls staring up at him from what seemed like all angles he felt like someone was watching over him. It should be pointed out these were not sexy Hooters owls, these where old owls, who had the expressions of humans who had been defeated by the cities tawdry transport system. A pissed off owl does not make for a sexy atmosphere; hundreds of them make for an exceptionally unsexy one. The unease was heightened by what seemed like random puffs of cigarette smoke that had no owner.
“You can’t smoke in a public place,” said Ball Digger
“I know but I can’t see anyone here can you? I can’t just arrest smoke can I?”
“I heard you arrested your own leg, I presume you have the arrogance to arrest anything”
Yeah this Hooters was definitely under some sort of voodoo hex.  Ball Digger whom he must have now known for the best part of two hours had begun acting like his petulant put upon wife, and what was confusing was he was accepting of his responsibility in making Ball Digger that way. He felt an over familiarity to Ball Digger and was beginning to feel bad for their crumbling relationship. Needing to get away from the nagging and sarcasm (for feeling bad and doing something about it are different chapters in a self help book) Hyde got up flashed his handcuffs and followed one of the balls of smoke. He was not going to turn down a challenge.
As he caught up with one of the balls he whipped out the cuffs but failed to ever get a hold on the smoke. “This is hard,” He said. It became harder as two plates of steaming food started to come towards him, making it hard to differentiate between the potentially guilty smoke and the innocent steam.
“You will never catch them, they are transient” From nowhere Melons appeared attached to the steaming plates. Hyde followed her back to the table. Hyde and Ball Digger looked at each other then back at the food that had been served to them. They were scared to verbalize their concerns, as they were also scared of Melons who was standing over them, but both thought to themselves why would steam emit from a bowl of Jalapenos and a ham sandwich. They silently began eating under Melons watchful eye. They did not look at each other or speak a word. Just silently they stared into their plates and ate, like children in a particularly strict boarding school.
As Ball Digger chewed on his sandwich with it’s grey ham and nothing else, he thought to himself about what Hyde had said, and decided Hyde was wrong. Going to Hooters and eating the food was pretty much as close to shitting in your own mouth as you could get, at least as close as Ball Digger was ever willing to get.
“I’m sorry could I see the chef?” Ball Digger could not take anymore; the food was so bad he was willing to take the wrath of Melons.
“Why?”
“I’m interested in how this sandwich was prepared”
“You guys are cops right?” Melons asked with her arms folded over her bosoms.
“That’s right Madam, that’s what we would be” Hyde would make for a terrible undercover cop for he was so keen to tell people he was a cop. As he spoke a number of Jalapenos fell out of his moustache. Ball Digger glared at him with the eyes of a pissed off owl. Hyde whispered to him in defense, “I’m sorry it tasted like shit, I might have a death wish, but I don’t want to die”.
“What you guys doing messing around here anyways, aren’t there men fallen over on the streets for you to help?”
“Initially we just came for lattes,” Ball Digger said politely
“Oh shit I forgot to make those, I’m so sorry” It didn’t really matter to the cops, coming in for lattes felt like a lifetime ago.
“We’re looking for a man,” Ball Digger said with some assurance. We think he’s missing his trousers.
“Wait, we haven’t talked about this” Hyde seemed irritated.
“Come on whose are these?” Ball Digger waved the stray trousers. 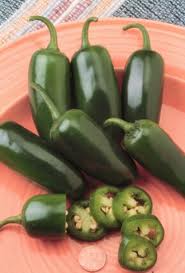 “Oooh that’s good” Hyde instantly understood Ball Diggers logic.
“We’re looking for a man with no pants on, we’re worried he might be in trouble” Hyde said getting up, and pulling down his own trousers. “I apologise we have no sketch artist with us or a pad or pen to attempt one, but he’s gonna look a little like this, have you seen this guy around?” Hyde was a bit of an exhibitionist, the thing he loved second to telling people he was a cop was having an excuse to pull down his trousers in public. For behind him Ball Digger was quietly sat with a pen and a pad.
“You’re asking someone in a strip joint if they have seen a half naked person? Mister half naked people are a dime a dozen here.”
“Lady, nothing in this place is a dime a dozen”
“I’ll go get the chef”, Melons seemed deflated, “And those lattes”.
Hyde sat back down with his trousers round his ankles, as they patiently waited for the chef and the lattes. Ball Digger stared at him disgusted by his decision not to pull up his trousers. As he stared a single Jalapeno fell from Hyde’s moustache into his underwear. Ball Digger chose to keep quiet about this, deciding that that would be Hyde’s punishment and surprise for a later date.
8. Introducing Tits