Hyde and Sikh Chapter 6: THE HOOTERS IN ROTHERHITHE

6. The Hooters In Rotherhithe 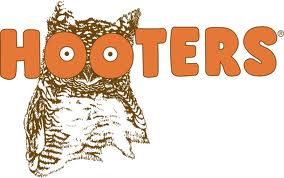 “Wow Carpet!” Hyde seemed impressed. As a connoisseur of the Hooters establishment (he had been to two others In his hometown) he had never seen a carpeted Hooters. “Strange choice”.
“I don’t know what you’re suggesting Hyde but this is Rotherhithe, we’re not animals” Hyde turned to Ball Digger dramatically and stared him in the eyes.
“We’re all animals, all of us,” he said through his teeth. “And turquoise, it IS a strange choice” Ball Digger took a look down.
“I suppose, I wouldn’t want to live with it, but for a couple of hours on an evening out it makes a change. It’s a bit like I’m walking on the ocean”
“What are you some kind of poet?”
“No” Ball Digger said out loud, almost defensively, but in his head he was saying yes. Through his late teens until the age of twenty-three you could have caught a younger Ball Digger sitting under many of Rotherhithe’s Medium sized trees armed with a pen and a pad struggling for couplets, which would bring him a sense of fulfillment. Or at least the attentions of a girl. Sitting under the trees observing the creatures of Rotherhithe going about their business it was here that Ball Digger developed his love for the Squirrel. He gave up his poetic tendencies when it became apparent to him only his mum was reading his work, and though she was once a girl, she was not the (once) girl whose attentions he was seeking. That girl only read text messages, and the poems did not read well in this format, and he did not know her name let alone have a number to send to. He chose the Police force thinking that if he could not touch her soul, at least he could protect her… And arrest her boyfriend.
“Mother fucking undercover poet” Hyde shook his head; he seemed to be getting angry.
“No I just said it was a bit like walking on the ocean”
“Who are you Jesus you’re walking on Hooters, reality check”. He snapped his fingers with the percussive thud of a coconut cracking.
“Well well well, look what the cat dragged in, a couple of Sikhs” A big bosomed woman appeared from nowhere. It was difficult to describe the woman’s features because of the size of her breasts which had they been yellow could have been perfectly summed up in one word. Melons. Her greeting seemed unreasonably antagonistic considering Hyde and Ball Digger where not only the only potential customers in the building but also the only humans in the building , bar the strippers who seemed to be hiding.
“What’s a Sikh?” Hyde asked Ball Digger, as he did so he noticed his Turban and realized he still had the makeshift one fashioned out of the trousers on his head. He yanked it off quickly.
“I take it back,” said the melons. “The cat has dragged in one Sikh and one American”.
“Let’s get one thing straight, we didn’t get dragged in by no cat” Hyde seemed irritated with the constant references to be being dragged by a cat.
“What can I get ya boys?” asked melons whilst pretending to chew gum.
“Two lattes, and give us a menu”
“Are we eating?” Ball Digger said checking his Swatch.
“You’ve never been to Hooters have you?” Hyde laughed to himself. “You can’t go to Hooters and not eat the food, that would be like shitting in your own mouth”
It had come to Ball Diggers attention that Hyde definitely was not a poet. Or if he was he tried his damnedest to hide it.
The two policemen took their seats in the middle of the large empty Hooters. There was a strange atmosphere in the place, the turquoise carpet seemed to almost illuminate under the dim lighting. The tables matt’s were patterned with pictures of owls, which seemed to stare up at you in an intimidating way only fifty patterned owls could.  Amidst the darkness there was some shuffling noises, something was going on behind the walls. Though the room was empty you would have to be an idiot to presume you were alone.
“This place is as dead as a Dormouse” Said Hyde looking around. Suddenly a voice was heard.
“Ya nooo whadda want yet?” Melons attitude to her job really stank. It seemed clear she lacked people skills and her accent kept changing which was confusing to the customers of which she had two. It was almost as if she was trying to hide something, over and over again, perhaps she was hiding multiple things. Either way she had the personality of a malfunctioning computer.
“I’ll just have a plate of Jalapenos” Hyde knew what he wanted. He didn’t even need the menu he’d asked for, he had decided when he pointed at the Hooters from inside the car that he would be getting a latte and a plate of Jalapenos.  Melons noted his not using the menu to order and curled her lip.
“And what about you? Melons prodded Ball Digger with her finger.
“Oh, I’ll take a Ham sandwich”
“I didn’t think you’re kind ate pork” Hyde said through his teeth
“And what is my kind exactly?, I’m a policeman Hyde” Ball Digger said assertively into Hyde’s face. He then looked back up at Melons. “I’ll have a Ham sandwich please”
“Arr right me hearties” Melons said like a pirate and turned to leave.
“Hey” shouted Hyde at her while stroking his moustache. Melons stopped abruptly but didn’t turn around. “Where are all the strippers?”
“They will be out soon, they’re getting undressed”
Posted by Babak Ganjei at 10:46