2.  Lunch
The Minute hand on the clock hit the hour mark, “Right boys, it’s lunch” said the constable without missing a beat. A gentle breeze filled the room as the policeman all started shuffling their papers in unison. The waft from the papers suddenly blew back the other way as the doors swung open aggressively.” What’s up with you fuckers, you always start the day with lunch?”  Hyde was in the building.  “ It’s One o’ clock Hyde, you’re five hours late…again!” retorted the constable. “Anyone ever tell you lunch is for wimps?”  Hyde asked while deliberately looking at a person he wasn’t talking to.
“You told us yesterday when you came in late …again!” one of the police officers patted the constable on the back. The constable wanted to high five him because he was happy with the way the discourse was developing, but he was scared to attempt one in front of an American. Especially such an intensely angry and unreasonable one. “ You have to accept it Hyde, this isn’t New York anymore, you’re in Rotherhithe”. As the Constable spoke Hyde placed a cigarette in each of his two ears and screamed “aaaaaaaaaaa”
“ I want you to meet Baljinder Singh, he’s going to be your partner for the rest of your stay” The Constable pointed at an unassuming man sitting at a desk in the far corner of the now empty room. “Now there’s a ham sandwich with my name on it”.
“Hold up! Ball Digger who?” Hyde pulled out the cigarettes from his ears, he pointed one of them at Baljinder, “what is that?”
“That is your new partner, I want you to introduce yourself”
“Now chief you know I’m a plain talking guy, I just say what I see, no beating about the bush”
“Yeah I’ve noticed,” said the Constable taking one step closer to a Ham sandwich.
“Well that’s a coloured guy, and he’s not even black, do you know how confusing this is for a white American stereotype?” 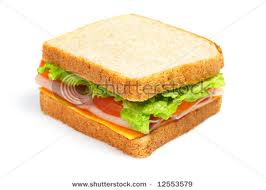 The constable slid his feet slowly out the room while still looking at Hyde’s perplexed face. He didn’t respond to Hyde’s question, he wasn’t sure how too. Hyde looked more and more perplexed as he watched the constable leave the office without actually taking any steps. Who did he think he was dealing with here? He was a cop from New York; at the bare minimum he was trained to be able to tell when somebody was getting further away, even if they were doing it slowly and without taking actual steps. In New York a sense of perspective was one of the first things they taught you at Cop School, and Hyde’s senses were telling him the Constable had a Ham sandwich with his name on it.
Hyde turned and faced his new partner and made the speech mark gesture with his fingers even though he said “partner” in his head. He walked towards the desk he was silently sitting at and kicked down the empty chair opposing him. “Let’s get one thing straight, I don’t like you, never will”
“Hi I’m Baljinder”
“Listen Ball digger, we have to learn to live with each other and I don’t like learning so this won’t be easy”. Baljinder nodded with an alarming degree of understanding. “I understand,” he said.
“What are you hiding under there?” Hyde pointed at Baljinder’s turban. “Is it Crack you Asshole?”
“Hey come on! I’m a policeman”
“It’s a shame,” said Hyde. “Because you look more like a pineapple.
3. The Name
It had been troubling Baljinder since their first communications, that Hyde thought his name was Ball Digger. He had initially let it go, and put it down to difficulties in acclimatizing to new cultures. Also there had not been any further communications. But where is the cut off point in which your name has been changed for good?  Perhaps after someone has called you Ball Digger five times without being corrected then it’s your own fault for the confusion.
“Hey Ball Digger what you doing?” That was number four.
“I am waiting for the phone to ring” Baljinder replied.
“Ball Digger, let’s go! We can’t just sit and wait for the phone to ring!” Hyde got up and kicked his chair across the room. That was five.
“I would just like to say Hyde that my name is in fact not Ball Digger it is Baljinder, Baljinder Singh”
“I’m sorry I can’t say that”
“But that is my name, Baljinder”.
“Ba..a..ll…d.d.d.iiiig…yeah sorry I just can’t do it.”
“Look it’s easy I’ll spell it out on this piece of paper for you” Baljinder wrote his name in big capital letters and held the piece of paper up for Hyde.
“See it’s funny cos if I take all those letters individually I can say them fine, but you put them in that weird jumbled order, and it’s Ball Digger”.
“Hyde, Ball Digger, we have a case for you”  The Constable walked in with a mix of excitement and anxiety. “About Fucking time chief” Hyde said while playing a sweet air drum roll on a three hundred and sixty degree kit. While He was at one hundred and eighty degrees Baljinder took the opportunity to speak. “Constable my name is Baljinder, you know that!... I’m not Ball Digger”
“Can you believe this guy?” Hyde laughed pointing directly into his turban. “Every one calls him Ball Digger and he just won’t accept it’s his name, what an arrogant dick”.
“Maybe it’s best if you just go with Ball Digger” The Constable said in a soft reassuring voice. “I don’t believe this, why would you say that?”
“Well the constable said,  “I’m thinking there are people reading this and the guy writing it has to keep checking he got the spelling right, which is probably annoying, and then no one knows how to say it properly and it becomes that annoying name they just mumble in their head every time, never knowing if they ever really got it right. I mean you remember reading books right ? And seeing an awkward sounding characters name at the start and thinking “Bloody rubbish” I got to live with that for a while”
“yeah” Balljinder was feeling pummelled into submission. “So you’re saying this is going to be a book?” He questioned.
“It might be”
“movie tie-ins?”
“who knows”
“But the writer doesn’t have a clue what’s going to happen, he’s just writing as he goes, probably with his trousers round his ankles”
“probably” the Constable agreed “I know what you’re saying but we will just have to see.  In the meantime there is a man in Rotherhithe and he’s fallen over. Do I have  a team for this” The Constable raised his voice to generate some enthusiasm in the task.
“I’ll get my keys…Let’s go” said Ball Digger.
Posted by Babak Ganjei at 11:23