THE WAY TO A GIRLS HEART

The Way To a Girls Heart 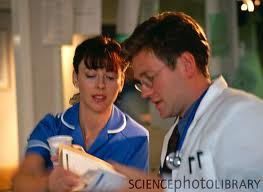 The Doctor walked in with some news. “You’re as sick as a Parrot,” he said.
“Which one” I enquired. He had five side by side in a line up.
“The second one”
“From the left or the right”
“left”
I was relieved. That one didn’t look too sick. The second one from the right looked like he was having some sort of existential crisis.
“Do I need to take anything? “ I asked
“Is it still raining?”
I split an opening in the blinds with my fingers and looked out. “Yeah a little”
“Then take this” he handed me an umbrella.
The Nurse left the room. Sure it was a bit of a cliché but I’d fallen in love with the nurse. Hey, it’s my prerogative. Sure, maybe I don’t know what I mean when I say, “It’s my prerogative”, but sometimes it’s cool to say things that just sound good.  Chances are the listener doesn’t know what you mean either, and in that case you win by looking smart. Because they will presume you know what you mean. It’s called language gambling. The only problem this time was that I said it in my head and I didn’t understand it, so I had to concede to a stalemate.  It’s an unnerving feeling failing to understand your own inner monologue, and often an indication that it’s time to take up an evening course.
We had been in the same room for over one minute. That’s usually long enough for an FBI agent to track a persons whereabouts from a phone call, and it’s long enough for me to perform my special skill of projecting my own ideas of who a person is and falling in love with them. I was practically welling up about forty second into the time we spent together when recalling a moment in her childhood, which hadn’t happened. It was similar to something that hadn’t happened to me in my own upbringing. It was clear to me we were a perfect match, like cheese and onion.
She walked back in. The nurse was very good at exiting and entering rooms. Or at least this room in which I had now experienced the impact of both the exit and the enter, so I was qualified to judge on both counts. I plucked up the courage to approach her and tell her a joke to break the ice.  I opted for the Horse Whisperer joke, because it’s the only joke I know, I had written it myself. Also I’d put it in a blog post once to which nobody paid attention. I’m not bitter, but believe me it deserved better, and I was going to prove it I was convinced it was funny and there is nothing more attractive than a man acting on conviction. If I said it I could also mention it again in this post. Being a stubborn egomaniac I decided I was absolutely right in my thinking.
“What did the Horse Whisperer say to the Horse?”
“What?” she inquired.
“I’m sorry what?” I punchlined.
“What?” She inquired.
“I’m sorry what?” I punchlined, this time throwing in some gesticulation.
“What? She inquired, but this time delivering her one syllable with the suggestion that her time was being wasted.
“I’m sorry what?” I punchlined, this time flapping my arms though I did not know why.
The doctor nodded in approval as he scrawled something on his clipboard. The parrot with the crisis had begun compounding my jokes failure by repeating “I’m sorry what?” In quick succession. The Nurse left the room with the sort of strut, which suggested she had better things to do
“You get the joke don’t you” I asked the doctor.
“Yes” He said with a chuckle, which at least felt like a small consolation prize. The Horse is flapping his legs and pretending to be a bird so he doesn’t have to talk to the Horse Whisperer.
“What? No, a Horse can’t even move it’s legs to flap, they only go front and back”
“Yes I thought that was the funny bit”
“No”
“Then why were you flapping at all it’s very misleading?”
“Hey, it’s my prerogative” I paused to assess if the gamble had paid off.
“I always thought laughter was meant to be the way to a girls heart”
“It’s a way, but it’s a very indirect way” The doctor said. “Unless you are both laughing at another’s misfortune, you can’t beat a shared emotion”
He started to rifle through a draw
“This is a far more direct way” He pulled out a scalpel.
“I think I was talking in metaphor”
“Well” the doctor shook his head turning his back on me looking out the window. “I’m a man of medicine, I don’t speak in your flowery metaphors”
Said the man who diagnosed me as “sick as the second Parrot on the left”.
“Well I guess I’m off” I said to his back.
“Wait!” He threw a beanie at me “it’s getting worse out there”.
Posted by Babak Ganjei at 11:07