HELP! GETTING PAST STEP ONE( When in a Bar) 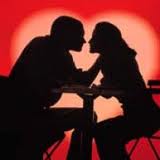 If you’re in a bar and across the room a girl smiles at you, a beautiful girl with voluminous hair, blue eyes, full of the joyous possibilities that come with youth, the chances are she’s smiling at that guy Troy behind you.  Before you’ve realised this you’ve had your life affirming Inner Snow Patrol track tingling through your insides as for two seconds you remember what that feeling is that doesn’t happen too often. That powerful feeling that makes you look at the trousers you are wearing that you thought looked shit suddenly look ok again. That’s right it’s a feeling called love. Yay! Your return smile has turned into an inane toothy grin. Your attempt at a wave is bordering on a Nazi salute and In a panic you turn around inadvertently smothering yourself in Troy’s pecks. He doesn’t appreciate this (he does really, never trust pecks). Squawk like a duck and move on. Sure it’s upsetting that the girl that you did not know who was probably more than likely the “One” will now never talk to you.  But hey some times life throws you lemons. Make sure you take the lemons home and make yourself some lemonade, it’s generally frowned upon to make your own drinks in a bar, unless the bar staff are particularly unambitious.
Now what makes Troy so great? He looks a bit plastic, and he doesn’t seem to have a lot to say, sure you are judging him simply based on appearance and the moments you spent in his chest but honestly that’s fine because Troy is an idiot. You on the other hand are a serious artist who feels great depths of emotion aka self-loathing. Ok so it’s been scientifically proven that self-loathing is not sexy and this is termed as a “turn off”, try and keep it in check. It’s one of the cruelties of the world that being self aware and ready for impending doom is not a desirable quality. This is why Troy without even being aware of what he is doing is a massive success, ignorance breed’s success; it’s a fact of the world... The trick to any good relationship is to never tell the truth. Everybody knows that. If you’re looking for someone to love you for who you are you will probably end up with an ape.  Troy can communicate with a few well-timed shrugs from his chiselled physique but like most of us you will need to pick out some words. It’s handy to have a variety of words. A professional chatter up man will have at least twelve different words at his disposal, not including the joining up words.  It’s rarely appropriate to use the word hate in this situation so that’s one word you can eliminate from needing to know if that makes things easier. So when Troy has got his drink and moved on because he is so ignorant he has failed to realise this amazing lady is ready to pounce on him, brace yourself. You’re going to make your move.
Leave your drink at the table, that way it will be less obvious your shaking.  Now go and get all the information out in as pithy a way possible. It’s important to get her sympathy quickly; sympathy is a key to many longstanding relationships. You also want to look distraught over something; girls like a project, but you also want to look strong, like you can hold down a mortgage. Remember you don’t need to tell the truth. You head to the bar and before she has even acknowledged you say this.
“I can’t believe my Horse died today, still at least my cat’s ok in the house I just paid the mortgage payment for on time”.
Nice!
Now move on. She is so consumed by the information Troy is all but a distant memory now, you have cast your spell. I mean your Horse just  died! Suddenly Troy’s perfectness just makes him look spoilt. You can’t argue with true love, it will always find it’s way, and now it’s found you.
When you meet at the corner of some moonlit street with intrepedation filling the air, for you are both about to start what may become a pivotal chapter in the rest of your lives it’s advisable to not bring a Watermelon as a gift. It’s too big. If you do, at least insist on carrying it. It doesn’t matter if it’s for her. YOU carry it.
We can deal with those issues later, when you have mastered the first bit.
Posted by Babak Ganjei at 11:10