DEAR HARVEY WEINSTEIN, I HAVE SUPERHEROES FOR YOU 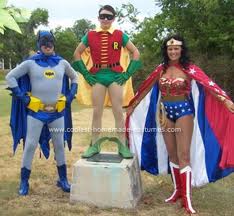 Hello, hope you’re well. My name is Babak, that’s not very important right now, but I have to start somewhere. I have been trying to write to you regarding a proposal. I tried harveyweinstein@hotmail.com, but you did not reply so I can only presume it was wrong. That is why I have just posted this letter on my blog  in the hope that at some point you will Google your own name and find this. .I’ve just watched the last Batman film it was very good…But it was the LAST! It will be at least two years before   someone decides to rehash the franchise, and as the internet slowly makes everything redundant you must be worried there are no franchises remaining to breed life into the industry in the interim period. There is no reason to be held ransom to Marvel and DC Superheroes, sure they have a massive fan base, but I have just patented the following names and felt you should in fact ponder the prospect of being held ransom to me. Below is a  few brief synopsis for films I’m sure could make you many many dollars…many!

WINGMAN
When lonely men feel lost they call out WINGMAN to fight off the enemies, a pair of  hoodlums called Anxiety and Neurosis (let’s face it these sound like bad guy names). What the lonely men don’t realise is that Wingman is actually their dancing instructor in the day time.

HENMAN
Henman is an average tennis player prone to letting down his nation at the final hurdle, but what the nation don’t know is, is that he was preoccupied with stopping Nuclear bombs going off.
Big line spoken by the Baddie
“This is not Love and War this is War and Tennis, and you have Love, in Tennis”

When his van breaks down a Milkman gets thirsty while waiting for the RAC and drinks a fair few milks, over time he realises he’s less prone to his legs breaking.

With Power comes great Responsibility, that’s from Spiderman but Nick Knowles(not the guy off the lottery) a 15 year old takes his power very seriously when given the position of Prefect at his secondary school. He sneaks out of Geography and misguidedly goes to Afghanistan to sort out all the shit.

Ok let me know what you think.
Babak