TWO IN ONE SHAMPOO, SAVING TIME AND DESTROYING THE WORLD 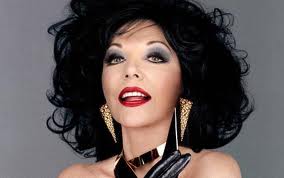 Joan Collins went into her dressing room and decanted half her Head and Shoulders into an empty bottle and filled up the original bottle with V05 Conditioner. Having a brain she then poured the half bottle of shampoo into the now half empty V05 bottle so she had two full bottles of the mixture. She went into the shower with one of the bottles and minutes later came out showered, hair cleaned and conditioned. She beamed like an angel and her hair flickered in slow motion as if it was capable of independent thought. Next door her co-star Linda Evans (Krystle Carrington) was still struggling to uncap her second bottle. Joan Collins whacked on her Shoulder pads and was out signing autographs and talking to fans and generally holding the fort for the cast and crew of Dynasty while everyone else got themselves together. The extra minutes talking to the fans of the show over time generated her status as the peoples favourite, and Joan and the sassy bitch Alexis she played in the show became household names. Linda Evans never fully recovered. Some thought her withering teary performances as Kyrstle Carrington towards the ends of Dynasty’s existence were her honing her craft but she knew inside that Joan Collins and her magical time saving schemes had finally defeated her. Her last Golden Globe award had come in 1986, the year Joan had begun implementing her concoction, by 1989 Evans had retired from acting for good, finding it hard to adapt to the changing times.
Evans ‘s is a sad story but not as sad as someone who only won three Golden Globes, and definitely not as sad as one of the unlucky few of us never to have been nominated for a Golden Globe award at all. If you’re one of those out there I feel for you and I am gently patting my left fist onto my right breast as a mark of solidarity with you, even though I was nominated for “Most Mysterious Nectar Card owner of 2009” and if you get me drunk will not stop going on about it. I lie; you don’t need to get me drunk. It was awesome. Anyway what I’m trying to say is that with every generation as things begin to change the world leaves behind an unfortunate percentage who cannot deal with a new way of being. In the eighties Joan Collins invented “saving time”. Within months of her introducing what seemed like an innocent concept an apple grower from San Francisco had invented the computer and enhanced the concept considerably. Before long (six weeks) the internet arrived and the world turned into a giant Titanic ship slowly sinking in a sea filled with millions of Linda Evans’s reaching out hoping for rescue. Unfortunately that will never come, because when you’re in the business of saving time, you never turn back. 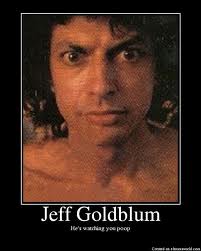 The computer had seemed like a good idea, the money saved in printer ink and erasers had put the respective businesses in jeopardy, but hey that was just a minor blip to what would be an error free world. With the push of a button (the Delete button) your mistakes would be wiped away, suddenly on paper we all had the opportunity to look as intelligent as each other. Democracy as we know it was born. Intelligent men like the scientist Jeff Goldblum would warn us of the dangers of timesaving or what became known as living life to the “Max”, also briefly known as “Maxing”, though that did not really catch on. He would silently whisper to himself with eyes goggled, about the eventual decline of the pen industry, the less mistakes we would make would then in turn bring a more efficient use of paper. Hence the decline of paper suppliers and tree cutters. That was four businesses demolished in the space of a fortnight. People wouldn’t listen to Jeff; his scepticism seemed to discredit his role as a visionary scientist. As did his Mattel Chemistry kit. Jeff was an idealist, and ideally he wanted everything to stay exactly as it was. His fears were met with derision, particularly as he had offered the same thoughts at a symposium a year previous reading from his Filofax in fear of the impact the introduction of Cranberry juice would have on society. People were too busy feeling intelligent to really notice the virus that was spreading, and the concerns Goldblum was preaching. Now some, like Body Shop founder Dame Anita Roddick seemed to argue that not needing to cut down so many trees would be environmentally sound and a benefit to the World at large. Time saving may well have bought about with it “Lifesaving”. With this thinking she opened a chain of shops called The Body Shop selling magic potions which when applied to your body made you ethically correct. Roddick’s business model was of relief to a western world, where domestic industries were slowly buckling. The “time savers” or as they liked to be now coined” Lifesavers” were now maintaining the upkeep of the world at whole. Plus with Roddick’s intervention giving jobs to people in more deprived areas of the world (Rainforest and areas around), all of whom would go on to become doctors. 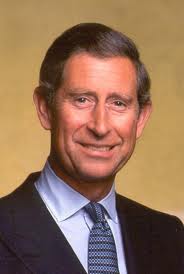 Now as technology improved and people grew with it, they became immune to the powers the Body Shop had to offer. It was no longer enough; people were saving too much time and needed to feel like there saving time was bringing with it more good. Prince Charles finally living up to his duties buckled in and introduced an “organic” philosophy to farming, and again, minds were blown. In the sixties a cauliflower was just a cauliflower, but now we had a cauliflower, and an “organic” cauliflower. It was twice as expensive smaller and covered in dirt. It also went off in three hours after point of purchase. Soon people’s food budgets had doubled. Now there were two cauliflowers a good one and an evil one produced by evil people. You felt better because now you were paying twice as much for your cauliflower, you felt especially good if like Joe you used to be a tree cutter and now you had no money and so by spending two pounds on a white vegetable you really were giving back to the world all you had. 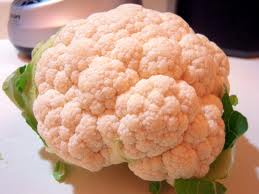 As the years went on the computer had slowly decimated every thing, in so many ways Goldblum had been proved right, Cranberry juice was everywhere, and with the developments in hyper efficiency came a void in actual substance. The computer had made it so simple to acquire films and music without payment, that the industries started to fall quickly. The computer had turned the idea of talent into an illusion. Before we knew it we all had the hardware to make our own films and music, again to the untalented this was deemed the blessing of living in a “democracy” but for those with genuine skills it was frightening. There were suddenly more songs in the world than ears to listen. If somebody in the Fourties had predicted this for the future it would have sounded fanciful, poetic even whimsy but the reality proved on the whole ugly. People had turned competitive and predatory, laughing at each other’s misguided beliefs in themselves. In fairness there is nothing funnier than watching people who are clearly rubbish believing in themselves.  Soon to cater for all the abundance of “talent” Simon Cowell devised the talent show to squeeze as much money out of one talented person every year for as long as it lasted. We were living in a time were everyone had a right to dream and nobody could tell anybody they weren’t good enough, even though nobody was really putting the effort in to be half as good as they used to have to be.
To conclude there used to be a time when it wasn’t acceptable to walk down the street talking to yourself. Now if we see someone talking to themselves with no sign of an earpiece we presume they must have the most up to date phone. The boundaries of sanity have been blurred. We saved all this time and know not what to do with it, ending up ironically watching other people sleeping in real time on shows like Big Brother (this point is totally out of date) and confirming Andy Warhol’s prediction that everyone would have their fifteen minutes of fame. However Andy Warhol was wrong about one thing, and that was the price of the Cauliflower, he could not imagine and ridiculed the prospect of one costing two pounds.  He may have been a bit set in his ways, but if only we had listened to Jeff Goldblum, just a little.
Posted by Babak Ganjei at 19:04